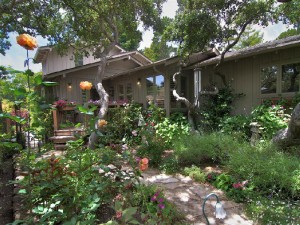 Title insurance can be so much of a hassle; it is oftentimes, the highest of the closing costs and fees for home buyers. Lenders require buyers to get title insurance, but buyers are often uncertain who picked the insurance company. It ultimately feels like an outrageous tax and not a protective measure.

Unexpectedly, the importance of title insurance is becoming well-defined. In recent weeks, big lenders have stopped many or all of their foreclosure proceedings in the heat of allegations of negligence, shortcuts or worse. Additionally, a possible nightmare situation has appeared that has frightened not only homeowners but lawyers, title insurance companies and their investors.

If scores of people who had lost their households to foreclosure in some way persuaded a judge to overturn the proceedings, what would happen to the families who had bought the houses out of foreclosure and are now residing in them?

It may depend whether those new homeowners have title insurance. Title insurance protects you in case people show up later on after you purchase your home saying that they, in fact, are the lawful owners of the house or the land, or at the least had a stake in the dealing.

The insurers or their agents start any transaction by running a title search, sifting through government filings associated to the pro

perty. They do this before buyers purchase a home or refinance their mortgage to help clear up any problems early and to trim down the risk of a filing a claim later. But sometimes they miss things, and when issues rise up later, the title insurer is supposed to render legal counsel or settle with whoever is making a claim.

Title insurance companies would like you think that they’re the good guys standing behind you. After all, you’re the customer who owns the policy.

While the title insurance companies are not supposed to kick back money directly to companies or brokers that steer business their way, several government investigations over the years have dug up all sorts of cozy dealings that make you shake your head in disgust.

But since you have to buy the insurance if you need a mortgage, there is not much you can do.

While the banks were halting many foreclosures, some title insurers were growing concerned too. On Oct. 1, Old Republic National Title Insurance Company brought out a notice disallowing any agents or employees to issue new policies on homes that had been lately foreclosed by GMAC Mortgage or Chase.

Distinctly, the title insurance company was also concerned about a situation in which untold numbers of previous homeowners have their foreclosures overturned. At that point, those persons might claim the right to get back their old homes, and a possibility that they might end up owning their homes once more and not owing the bank either. Or banks might agree to cut a big chunk off the remaining balance in exchange for a release from any liability for the mistakes it made.

At that point – and again, this is what investors in title insurers fear – those homeowners might actually want to go back in. But some foreclosed homes were sold by the banks to others who now reside there. And those new owners would have big title insurance claims if the former owners ever turned up and told them to leave.

While homeowners may have title insurance, it commonly covers them only for the purchase price of the home. When you buy a home out of foreclosure, however, it often needs a lot of work and it adds cost of repair. The recovery is limited if ever there is a problem.

Nevertheless, title insurers could settle with the former residents, allowing them to walk away with a big check to restart their lives elsewhere.

All the same, for anyone considering purchasing a bargain property out of foreclosure anytime soon, consider asking your title insurance company if any special riders are available that can cover appreciation on your home in the consequence of a total loss.

Stay away from foreclosed homes, if you are able to possibly help it, until the scene sways off a little bit. Some people will without doubt make a fortune investing in these properties in the next few months. But if your down payment comprises most of what you have in the world, it’s tough to justify gambling it all on a situation like this one.